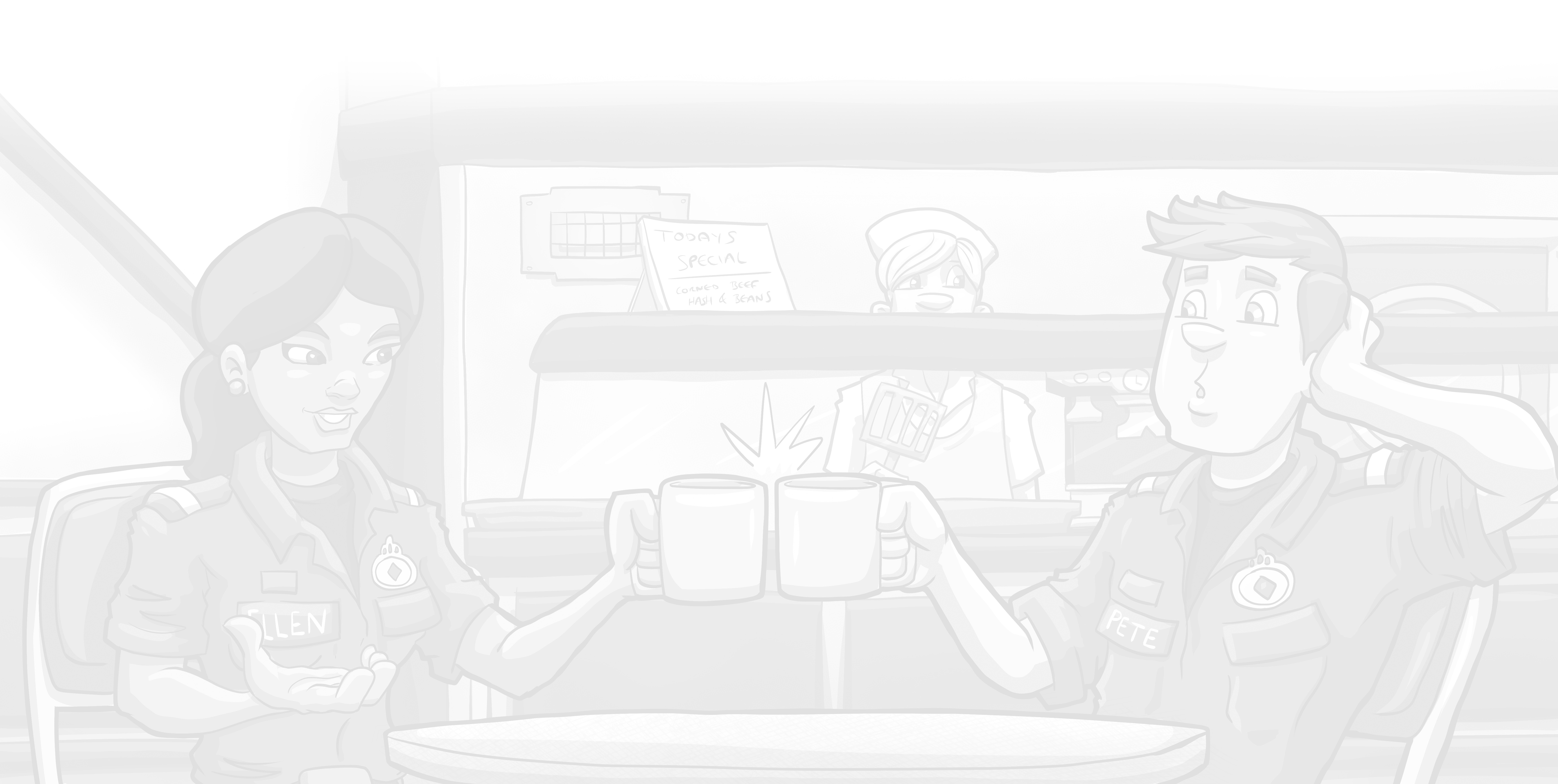 From the age of 12, John Robinson loved learning first aid, and he had his eyes set on helping people as he grew up. He aspired to become a Paramedic from an early age, but while he was still attending school, he knew it would be a long wait!
To bide his time and lay the foundations for his future, John became a dedicated member of the St John Ambulance. He dedicated thousands of hours of voluntary service to his local community and undertook further training to become a youth leader. His many achievements during this time included attending the Queen Mother’s 100th birthday pageant, and as Essex’s Cadet of the Year John also went to Buckingham Palace. With years of other functions and residential course attendances, it was time for John to move on and fulfill his dream.

In 2002, John sadly left St John Ambulance and began his training as an Emergency Medical Technician; 2005 saw him become a registered Paramedic. His career has seen him working on ambulances and cars, responding to an estimated 15,000 emergency 999 calls between 2002 and 2020 – and still counting! John has also undertaken further progression in the ambulance service, first to Station Supervisor, and then to a Duty Manager.

After the birth of his two children, and thanks to his time in the ambulance service, John felt that children needed a UK-based medical hero to inspire their own journeys in the health service. Paramedic Pete became dream number two, and in 2017 John started to research and develop what would become a new and stimulating project. It took a further two years of pondering and planning, searching high and low for the right team to bring Paramedic Pete to fruition.

With everything in place, the team assembled, and with time to dedicate, John commissioned work to begin in 2019. It was time to set the scene with the preliminary storyboard, introducing the first of many unique characters, inclusive of people from all walks of life and representative of modern-day society. Originally set for a summer of 2020 release, Paramedic Pete joined the world a little early – he was to be the figurehead of children’s posters to help give them the information about Covid-19 in an age-appropriate way. Paramedic Pete helped to support local parents – reinforcing government advice with support from the illustrators – Bearwithusproductions.

During the pandemic lockdown, John’s frontline work became busy, but with determination and perseverance through challenging times, Paramedic Pete and the Overflowing Ambulance’s illustrations were being completed. The final adjustments to the book took place and was launched in June 2020 via Amazon.

This website uses cookies to improve your experience while you navigate through the website. Out of these cookies, the cookies that are categorized as necessary are stored on your browser as they are essential for the working of basic functionalities of the website. We also use third-party cookies that help us analyze and understand how you use this website. These cookies will be stored in your browser only with your consent. You also have the option to opt-out of these cookies. But opting out of some of these cookies may have an effect on your browsing experience.
Necessary Always Enabled
Necessary cookies are absolutely essential for the website to function properly. This category only includes cookies that ensures basic functionalities and security features of the website. These cookies do not store any personal information.
Non-necessary
Any cookies that may not be particularly necessary for the website to function and is used specifically to collect user personal data via analytics, ads, other embedded contents are termed as non-necessary cookies. It is mandatory to procure user consent prior to running these cookies on your website.
SAVE & ACCEPT